Home / Blog / Air traveling is a mess: here’s what’s happening and how you can reduce cancellations

Air traveling is a mess: here’s what’s happening and how you can reduce cancellations Although most countries report falling COVID infection numbers, traveling is still a nightmare this summer. If you have booked a flight during the last few weeks, there’s a high chance you have experienced long queues at the check-ins, luggage gone missing, delays, and even cancellations. The situation has been chaotic, and the issues are expected to drag on for months. This time, however, the global pandemic is not the leading cause of the disruption, at least not directly. Workers of all the main European airports and airlines are on strike, and saying that the timing isn’t ideal would be an understatement. Unfortunately, this is a huge problem for tour and activities providers, and trying to sugarcoat the pill would only be harmful.

On the one hand, thousands of travelers are forced to cancel their trips or alter their plans. On the other hand, people who haven’t booked a vacation are now considering the idea of not taking a trip at all. According to Bloomberg, “there was a slowdown in demand in June in the US and UK, for both international and domestic travel.” Airline strikes are not the only reason behind this alarming trend. Inflation is taking a significant toll on spending habits, and most individuals are adjusting to soaring prices by cutting off non-essential purchases.

Due to these difficult circumstances, businesses in the leisure industry are registering higher-than-usual cancellation rates compared to the pre-Covid era. In this article, after deep diving into the reasons behind the strikes, I’ll give you some tips on reducing cancellations and no-shows. With the right strategies in place, you’ll avoid losing revenue while retaining customer loyalty and satisfaction. Sounds promising, right? Without further ado, let’s jump right into it! First of all, what’s happening?

As mentioned in the previous paragraph, employees of all the major European airlines and airports are striking. The first walkouts happened this June, causing long queues at check-ins, chaos at security gates, delays, and cancellations. To give you a few examples:

The worst thing is that strikes aren’t threatening only air transport. The London Underground was closed for long periods in June, and more walkouts will happen in August.

I get it, but why are workers striking?

The short answer is that workers are fighting for better wages and more hiring. The long answer is that “getting back to normal” is much more complex than we thought. Sadly, the pandemic has severely hit the travel industry. During the last two and a half years, airlines and airports have laid off hundreds of thousands of baggage handlers, ground crews, and other employees. Plenty of airlines have also slashed the salaries of their staff and haven’t restored them yet to pre-Covid levels.

As you can imagine, many of these workers have found jobs in other industries and don’t plan to return. Between the pay cuts and the hectic schedule, working in aviation has become highly unattractive. Overworked and underpaid, airline staffers see striking as the last resort to get better working conditions. Can we blame them? Honestly, this sucks. But the situation will improve soon, right?

I’m sorry to deliver bad news, but I wouldn’t be so sure about that. According to Roger Jones, head of equities at London & Capital, “Cost inflation, especially fuel and wages, is aggravating the situation and making it a really difficult operating environment, which is weighing on profitability.” In other words, airlines won’t be able to offer better wages in the short term.

For the same reason, hiring new employees won’t be a quick process. And even once they are able to find them, vetting applicants and training the recruits will take several months. As the wise man once said, there are no simple solutions to complex problems.

Sounds like a nightmare. What are the airlines and airports affected?

We’ve already spoken about British Airways and SAS AB, but they’re far from being the only companies affected by the strikes. Europe is in turmoil, and the list of airlines involved in the protest is growing daily. How to reduce cancellations

Cancellations and no-shows are just a part of the business for tour and activities providers. However, this doesn’t mean that you shouldn’t do something about it, even during exceptional times like the ones we’re living. With the right policies, you can protect your revenue without antagonizing your beloved customers.

There’s no way around it: during this period, the name of the game is “flexibility.” Flustered by the strikes, your customers will probably fear to book any activity if they can’t cancel them with short notice. I suggest allowing your clients to cancel their tickets free of charge up to one day before the tour takes place.

When a customer cancels their reservation, send them a message highlighting the option to reschedule or, if they’re still unsure about the date, to buy a voucher. You can sweeten the deal by adding some small perks, like a free merchandise item.

When clients book their tours and activities in advance, it can be a long time before their vacation actually starts. To make the waiting period more pleasant, build anticipation with a series of pre-arrival emails. That’s the perfect opportunity to create excitement and check your clients’ expectations. Furthermore, you can also entice them with cross-selling and upselling opportunities. Upselling and cross-selling to build commitment

Speaking of which, upselling and cross-selling aren’t just strategies to generate additional revenue; they’re also effective in making your clients committed to their booking. Offer them the chance to buy a merchandise item, showcase your other activities, and suggest they book a premium version of the tour they already reserved. If they feel invested in your experience, they will be less likely to cancel.

Focus your marketing efforts on the locals

It goes without saying that locals are less impacted by airline strikes than tourists from abroad. Given the rise of the staycation trend, try to attract regional travelers! They are less likely to cancel due to force majeure, and if you’re able to build loyalty, chances are they will come more often than foreigners to experience your activities.

Reducing cancellations is easy — with the right tools

I’m sure these tips will help you receive fewer cancellations, but remember that planning a good strategy is not enough; what matters the most is applying it efficiently. For instance, it would be a huge time sink to contact your customers one by one trying to encourage them to reschedule after a cancellation. Thankfully, plenty of applications can help you automate menial tasks and better organize your business.

If you’re looking for an all-in-one solution that lets you sell tickets online, manage bookings, and connect with leading OTAs, check out Regiondo. With our software, you’ll get up to 35% more bookings, you’ll significantly lower your cancellation rate, and you’ll communicate with your customers much more efficiently thanks to the integrated CRM. For more information, book a free demo with one of our consultants. How to prepare your tour and activity business for Black Friday sales [9 effective strategies]
Posted on October 13, 2022- Updated on November 15, 2022 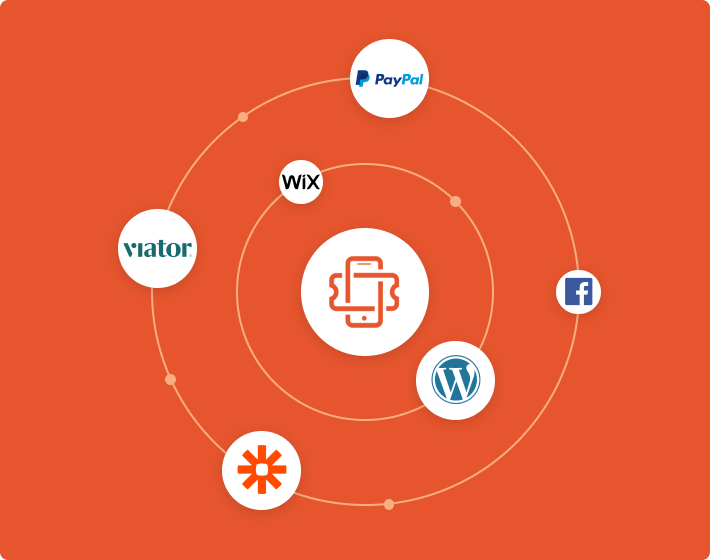